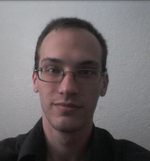 Kylan Duane Curtis came into the lives of his father Barry Duane Jr., his mother Angela May, and his sister, Alexis Nicole, on January 13th, 1991, a happy baby boy with big, blue eyes and a glowing smile and grew to be a handsome young man.
He welcomed three siblings into his life, Leilah Marie, Clayton Christopher, and Baby Landon.
He came to know many family members that he built relationships with like his Nana and Papa Curtis, who he adored, his uncle Bill and aunt Peggy, he was especially fond of, and his aunt Sonja, who had a major role in his coming into this world.
Kylan established his own, individual bond with each and every one of his family members because that is how he was. He was a quiet young man who kept mostly to himself, so getting to know him was that much more special. We all knew this about him so we all have our own special memories of him. Kylan had a heart of gold. He would help anyone and he was proud to be there for his grandma Janet.
Kylan didn’t need a lot of words to know how he felt. He had his own ideas and at times, he could be very stubborn. He didn’t let anyone tell him what to do. He did what he needed to and that was good for him. He was happy with who he was and the life he had.
I feel his life was ended too soon but only because I selfishly wanted more time with him. None of us really know what happens next (if anything), all we know is that we are left to go on. Some of us have some regrets and wish we could change some things but I think it’s best if we all just remember what a wonderful, young man Kylan was and I know he wants us to be happy.
Because he loved us all so dearly and nothing will ever change that. We know that because we knew him...in our own special way that he bonded with each of us. He will live on in our hearts forever.
Rest in peace, my son.